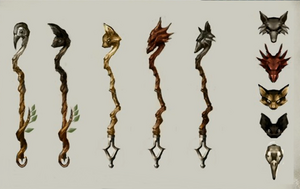 Concept art of the staves

Animal staves are a reward from elite clue scrolls. They resemble the animals of their mask counterparts. To equip an Animal Staff requires level 40 Magic, level 40 Attack, level 60 Prayer and level 20 Defence.

Animal staves have the attack stats of a mystic battlestaff, with the prayer bonuses of a Crozier. With the exception of the Cat Staff, each staff counts as an unlimited elemental rune type. If you wear a staff and its corresponding animal mask, you will be able to perform a 'totem animal' emote. These were released with the Elite Treasure Trail update. 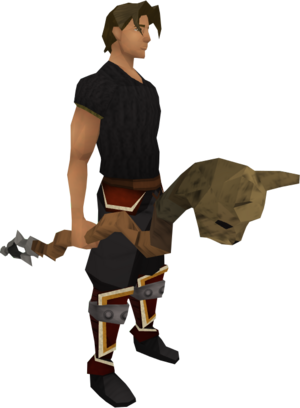 The unlimited runes provided by each staff are: