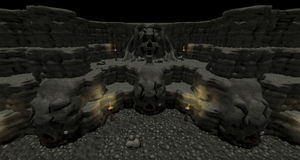 The Ancient Guthix Temple is an ancient temple devoted to Guthix found in the While Guthix Sleeps quest. To access it, the player must have a sapphire lantern. If the player goes to the Tears of Guthix cavern, one of the light creatures can be attracted to the player, who can then ride the creature down the chasm and to the temple.

During the quest, the player, pretending to be Surok Magis in order to get past Movario and Darve, goes into the temple and must open an ancient huge door within this temple guarding the legendary Stone of Jas by solving a puzzle concerning Herblore. The Stone is protected by the Balance Elemental, a Guardian created by Guthix. It has remained there for centuries but during the quest is stolen by Lucien, a Mahjarrat who also possesses the Staff of Armadyl. 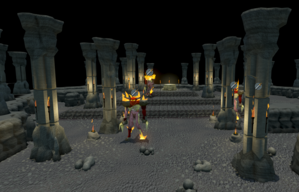