From the RuneScape Wiki, the wiki for all things RuneScape
Jump to navigation Jump to search
This article is about Yelps' replacement. For other uses, see Alice.
AliceAlessandra? (edit) 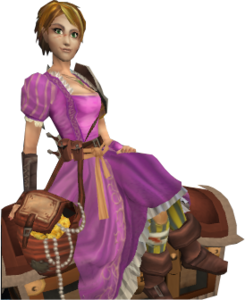 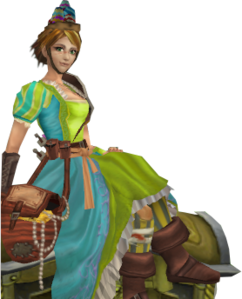 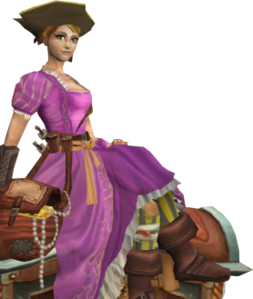 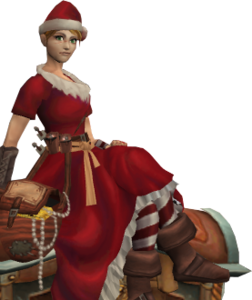 Princess "Alice" Alessandra[1] is a young woman who hosts the Treasure Hunter activity. She rewards players who click her treasure chest with a randomly selected portion of her wealth.

Alessandra was born during the late Fifth Age, to unknown parents of royal lineage, making her a princess.

Growing up, she surrounded herself with servants instead of performing her duties, causing her parents to consider her wild and disobedient. When she came of age, she became bored with the events she was forced to attend, thinking that she should not be forced to suffer the "pomposity of the upper classes", which caused much embarrassment for her family.

She soon lost her patience and created a new identity for herself to escape her life, only taking her ballroom gown and now calling herself Alice. She began attending exclusive events she wasn't invited to, but soon became bored of that too as she desired to make a difference in the world.

Desiring a way to help less fortunate people, she set off on an adventure to find something to help her achieve her goals, and soon travelled all over Gielinor, gaining her a number of scars and bruises, in addition to tattering her gown. 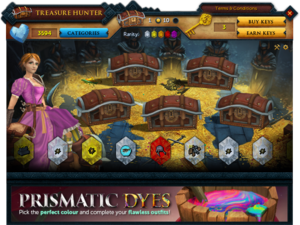 In year 1 of the Sixth Age, shortly after the death of Bandos, she came across a trove of treasure and armour that was suspiciously similar to those that the goblin Yelps rewarded from his Squeal of Fortune. Realising that she could redistribute it among the less fortunate, she set up the Treasure Hunter activity, a game suspiciously similar to the Squeal of Fortune where adventurers use keys to open chests full of a random amount of her loot. She allowed adventurers up to three free keys a day, and also allowed them to earn and purchase additional ones. Although she claimed that she set up the activity to help the needy and benefit everyone, regardless of who their parents were or how much money they had, she nevertheless sells keys to adventurers.

In the same week, Yelps shut down the Squeal of Fortune. In The Mighty Fall, Yelps explains that the treasure he was giving away belonged to some human princess and that he had to give most of it back to her.