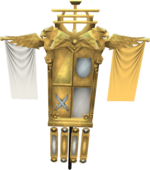 The achievement banner is an item that can be reclaimed for free from Diango. It can be planted on the ground, similar to a Dominion marker, after which it can be read to display the player's statistics. It also periodically announces messages related to the player who placed it. The banner will stay in place for five minutes before disappearing. It remains in the backpack after placing it, similar to a clan vexillum. The banner remains placed down even if it is destroyed, moved very far away or if the player logs out or hops to a different world.

The messages that the banner speaks are in this order: the player's name, motto, total quest points, combat level, and total experience. The player can customise the banner's colour and motto. Changing the motto only takes effect once the banner is replaced.

Currently the only way of "muting" someone's banner is to add that person to your ignore list.

The achievement banner cannot be placed in the following areas: 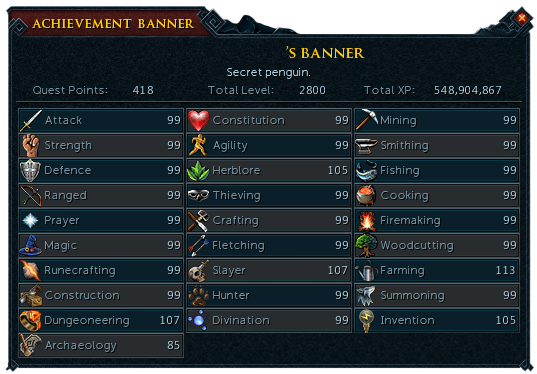