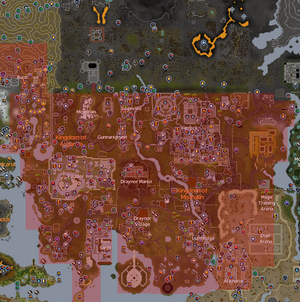 Open the amulet to bring up an interface; it works somewhat like a compass - by default it faces north, so rotate the whiskers to move the arrow direction. When you see the cat's eyes light up, go in that direction to find Bob. 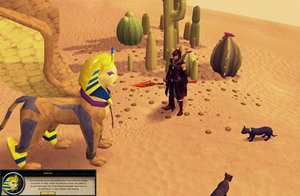 Talk to the Sphinx in Sophanem. Ask her for help, and after a bit, you'll have the option to view a 5 minute 20 second cutscene or get a brief summary of what happens. 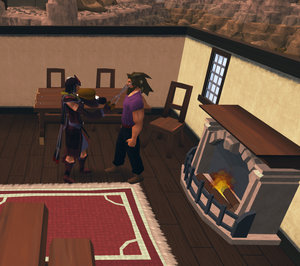 After you've done the chores, talk Unferth again. He'll tell you that he's very ill and must see a doctor or a nurse immediately. As you have promised to take care of Unferth, you must cure him before Bob returns. 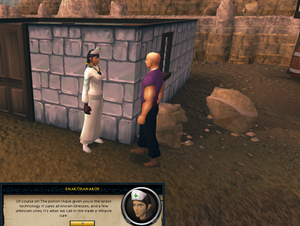 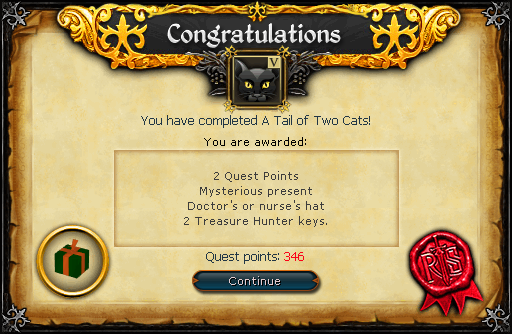