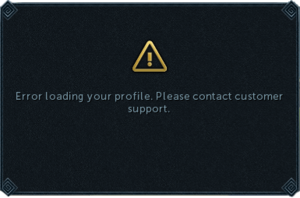 Login message players received if they had lost player data

On 4 March 2021, the RuneScape login servers experienced downtime resulting in many players being unable to login to the game. Also known as Login Lockout in the communication from Jagex, the issue affected both RuneScape and Old School RuneScape, and was not resolved until several hours later. However, after the servers were back up and running, a small percentage of players remained unable to login due to lost data on their accounts.

As many as 1% of RuneScape players were unable to login for at least 4 weeks.

Server issues began on 8 February 2021, eventually culminating in the crash on 4 March. After the servers were brought back online, a small number of players remained unable to login due to gaps in their player profile data. According to Jagex, all Old School RuneScape players and 99% of RuneScape players were unaffected by this.[1]

After determining the cause of the issue, Jagex found that the players who were still unable to login after 4 March had lost all character progress that had been made after 8 February. To fix the issue, telemetry data will be used to reconstruct missing character progress for affected players.[1]

When performing an action in RuneScape, such as completing a quest or buying an item from the Grand Exchange, telemetry data is collected internally. The data serves as a log of everything that the character did, and therefore Jagex planned to build new scripts that would aid the restoration of the missing character data from the telemetry data. This work began around 8 March. Throughout the process, Jagex stressed that no characters had been lost and the data would be restored. To focus more resources on the restoration effort, game updates were postponed for several weeks, eventually resuming on 29 March with the 2021 Easter event.[2]

On 12 March, Jagex announced their intention to run a "beta" instance of RuneScape for some affected players to test a restored version of their character,[2] and contacted players by email on 19 March to participate. The beta began on 23 March and ended on 26 March. Players that took part in the beta were asked to complete a survey that allowed them to raise any issues with their restored character, and gained access to a temporary private Discord server to relay concerns to Jagex.[3]

Any player could access this beta by editing the configuration file of the NXT Client or using the generic beta link.

On 26 March, Jagex confirmed that they would begin restoring characters to the live game based on telemetry data the following week. Affected characters began being restored in waves, with the first one releasing on 30 March and the seventh and final wave releasing on 9 April.[4]

There once was an aftercare page for those affected, or had missing items or concerns. This has since been removed.

Affected accounts have received, or later will receive, compensation for their lost playtime:

All affected accounts will also receive a returner's gift box on or after 6 April. The titles the Returned and the Returned Ironman/Ironwoman (Ironmen-only) aren't received as part of opening the box, but rather separately alongside it.

Beginning 12 April, all players will be able to participate in Awesome April:

Charges depended on the below:

A number of newsposts were made throughout the course of this issue: